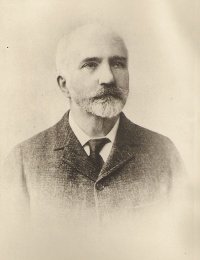 Adolf von Beckerath was the 8th child and the youngest son. Through his career he came to a considerable fortune. In the early 1850s, he moved to Berlin. He was considered art lover, Italy friend, a music-lover and music-promoter. Moreover, he was regarded as one of the best connoisseurs of Italian Renaissance art. He used his fortune to build a huge collection of sculptures, drawings, paintings and objects of art of the early Italian Renaissance and beside that paintings and also large-scale drawings of old masters. Soon he extended his eagerness to collect also the Dutch of the 17th Century. The collection comprised Stefano da Veronas, Filipos Lippis, Botticellis, Michelangelos, Titians, Dürers, Rubens, Van Dycks, Rembrandts and François Bouchers. Expert contemporaries like Friedländer and Bode certified Adolf von Beckerath "sense of art and historical understanding." Just his drawing collection comprised 3,456 works, which he made available to the Kupferstichkabinett in Berlin against an annuity. After his death, this collection was sold by auction by the auction house Lepke, Berlin from 23 to 26 of May, 1916 at about 2 million gold marks (the current value of approximately € 16 million).