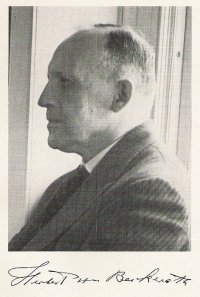 As an opponent oft he Nazi-regime he emigrated to the USA. The country was quite familiar to him due to many business trips before. He was a guest lecturer in Durham and from 1955 on a full professor at the university of North Carolina.