Helene von Beckerath was the daughter of the Krefeld silk goods manufacturer Eduard von Beckerath and his wife Alwine and was related to the painters Moritz and Willy von Beckerath.

After studying painting at the Düsseldorf Art Academy with Theodor Rocholl, she went to Paris and switched to sculpture without giving up painting completely. In Paris she was a student of Jean-Antoine Injalbert and worked for him on three colossal figures for the Paris World Exhibition in 1900.

In 1903/04 she was represented in a Düsseldorf exhibition with a portrait of a lady, which attracted attention because its "strong, masculine" expression made it different from the sweet flower still lifes of many of her colleagues. The exhibition of two paintings in 1904 in the Salon of the Société Nationale des Beaux-Arts in Paris made her known beyond Germany.

On the occasion of an exhibition in Amsterdam in 1912 she received a gold medal. After several stays in Russia between 1911 and 1913, she had to give up her place of residence in Paris at the beginning of the First World War.

She returned to Krefeld, where she mainly worked as a sculptor. Here they were commissioned in 1915 to produce the "Iron George", a depiction of St. George as the dragon slayer, executed in oak wood, which served as a so-called nail figure, in which a nail could be hammered in for a donation for the widows and orphans of fathers who died in the First World War. The nail figure originally stood in Krefeld on the Ostwall, opposite the “Krefelder Hof” hotel (until around the end of the First World War); since 1930 it has been on display in the so-called hall of honor at the Burg Linn Museum in Krefeld.

In 1921 Helene von Beckerath moved to Frankfurt am Main, where she lived and worked until her death in 1946. The Frankfurt Städel Museum owns some of her work. 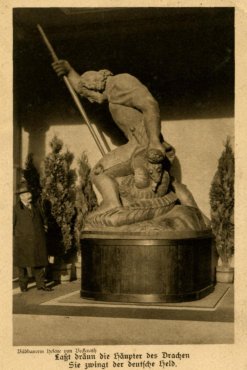 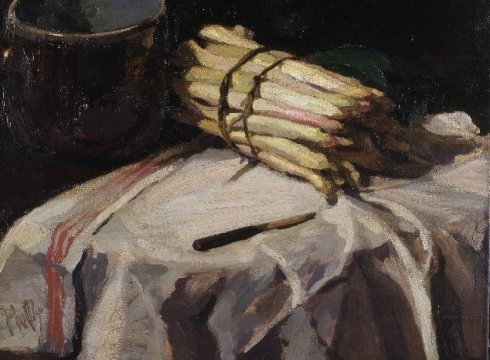