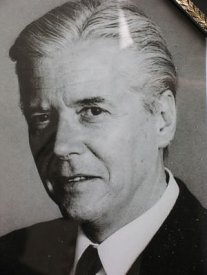 Paul Gert first attended a secondary school. In 1935 he began training as a bank clerk at Deutsche Bank AG. After an internship in the textile industry, he did the Reichsarbeitsdienst and then took part in World War II as an anti-aircraft soldier.

In 1945 he was taken prisoner, but was released after 6 months. He then immediately enrolled at the University of Bonn and began studying economics, which he completed in 1948 with a degree in economics. Also at the University of Bonn, he received his doctorate rer. pol. in 1949 with the theme ''The change in the economic order during the years 1792/1793 in France: study based on the decrees of the first French national convention''.

He then moved to the Kreditanstalt für Wiederaufbau, where he worked in the secretariat for Hermann Josef Abs, who later became Chairman of the Management Board and Supervisory Board of Deutsche Bank AG.

In 1951 he began a long and extremely successful career at Bayer AG Leverkusen, first as deputy and later as director of the human resources and social affairs department. As part of this task, he was also active in many bodies, committees and associations dealing with questions of professional training in the chemical industry.

Among other things, he was also a member of the board of the employers' association of the chemical industry. Because of these diverse activities, he was offered a teaching post at the Ruhr University Bochum in the field of "Human Resources in Business". In 1972 he was appointed honorary professor.

He was particularly interested in the leadership methods in Anglo-Saxon countries. In 1949 he spent several months studying in Great Britain and in 1954 he traveled to the USA.

In addition to and after his professional activities, he was involved in questions of monument protection and founded the Treuhandstiftung Schloss Türnich in memory of his wife Ingeborg and his sister Erica von Beckerath.

In addition, he also devoted himself to tasks in the cultural department of the plant and the history of Bayer AG at Bayer AG. In the series "Monographs on the History of Human Resources" he dealt with historical topics of the working world at Bayer AG.

Due to his extensive social and socio-political commitment, he was awarded the 1st prize of the Friedrich Naumann Foundation in 1962 and the Federal Cross of Merit, 1st class in 1997.

In 1977 he retired. On February 9, 2009, he died surprisingly old, but mentally fit in Brühl, the city of his last residence.

On February 28, 2009, family members, friends and companions commemorated him at a funeral service in the Krefeld Mennonite Church.